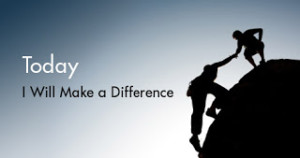 They say it is better to give than receive.  And, from my perspective, I believe that to be true.  As the founder of Creative Choice Group, I learned very quickly that I could make a distinct difference in the communities we served. At Creative Choice Group, we have been successful at bringing both affordable housing to Florida and across the US, but also helping to drive technology adoption to enable job creation and economic development. From our Etech Global Solutions team in Texas to Infocity in India, you can see the fruits of our labor.  And while it is nice to pat ourselves on the back, there are some great people across the globe that help others, bringing resources, opportunities, training, and other assets to those who need them most. These social entrepreneurs use their know-how and business savvy to make the world a better place.  The following examples demonstrate that good business leaders can do more than watch their bottom line.  They can be socially and environmentally conscious too.

The accomplishment of these organizations and their tireless leaders is inspiring.  It is time to focus on how we can all elevate our skills to create a better world.