Singer Island, Florida (November 20, 2019) – Amrit Resort & Residences – due to open on Singer Island in Palm Beach County in Spring 2020 – has announced important new additions to its executive team. This group of esteemed hospitality and wellness industry executives include two Co-General Managers, a Director of Marketing and a Director of Spa, each with decades of experience in a range of facets of the travel & hospitality industries and a passion for wellness. 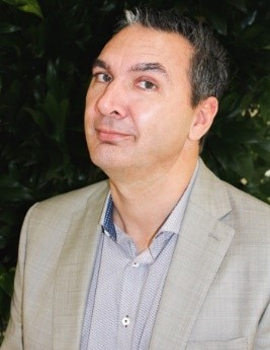 Terry Buchholz, Co-General Manager, Hotel Division – His hospitality career began in 1999 with W Hotels where he worked in a variety of roles over a six-year period:  pre-openings, food and beverage operations, sales and catering & conference services.  In 2004, Terry transitioned from Seattle to San Diego to work for Destination Hotels & Resorts at Estancia La Jolla Hotel & Spa, where he was first exposed to a property with sophisticated spa & wellness offerings.  Next, he spent three years with Kimpton Hotels & Restaurants as General Manager of Hotel Solamar in downtown San Diego and as Area Director of Hotel Operations for Los Angeles and Santa Barbara. Terry returned to Destination Hotels in 2016 as General Manager of the iconic L’Auberge Del Mar where he oversaw the operation for the hotel & spa located in a quaint village by the sea in northern San Diego County.

Buchholz explains how he came to Amrit.  “I was attracted to this project since my personal passions align with Amrit’s focus on mindfulness, fitness and practicing smart nutrition and sleep habits. I am delighted to be part of creating a community of like-minded individuals that are seeking ways to make proactive wellness a priority.” 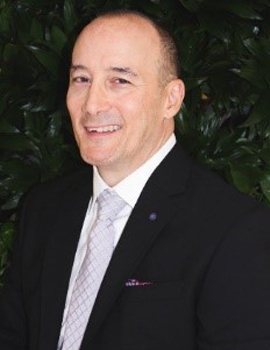 David Erlich, Co-General Manager, Spa Division – His 30 years of hospitality and spa experience includes working with some of the world’s leading brands including: Hyatt, Ritz Carlton, Fairmont and Sandals Resorts overseeing some of the world’s most noted spas. Erlich’s is a familiar name in the wellness industry, having served on the board of the International Spa Association (ISPA) and currently serving as board member of the Balneology Association of North America (BANA). His most recent position was overseeing program development and operations for Sandal’s Red Lane Spas as well as 16 Sandals Resorts and three Beaches Resorts across the Caribbean.

Erlich has also served as Director of Spa and Retail Operations for Glenwood Hot Springs Resort, home of the award-winning Spa of the Rockies, as well as Regional Director of Spa Operations for Fairmont Raffles Hotels International and Executive Director for Spa and Retail Operations for the 50,000 square foot Spa Grande at the Grand Wailea Resort on the island of Maui. Under his leadership, Conde Nast Traveler readers rated Spa Grande the #1 spa in USA 1996 and 1998 and the #1 spa resort in the world 1997, 1998 and 1999. Practicing what he preaches about health and fitness, Erlich is a devoted triathlete, adventure racer and surfer.

“When I heard the intention, depth and breadth of this project, it was irresistible,” explains Erlich. “The owner has created quite a canvas at Amrit, which will enable us to do some amazing, cutting-edge work.” 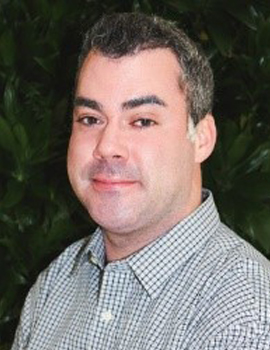 Dan Silva, Director of Spa – Silva brings 17 years of experience in the luxury hotel/resort spa, wellness and fitness industry to Amrit. His career began at Equinox Fitness Clubs as Senior Spa Manager where he was part of a rapid expansion to multiple locations. He then served as Executive Director of the popular Glen Ivy Hot Springs in California, which welcomes over 160,000 guests a year. During his tenure, the hot springs destination became the first spa in the hospitality industry to acquire ISO-9001 Quality Management Certification. After serving as Pre-opening Director for Diamante Resort & Residences in Cabo San Lucas, Mexico, he was named Regional Director of Wellness for Rosewood Hotels and Resorts, where he supported ten different Sense Spas around the world. 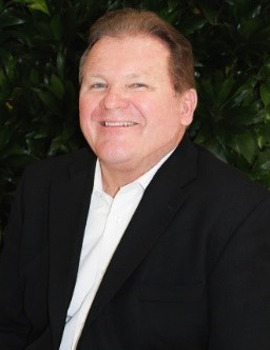 Tom Anderson, Director of Marketing – His more than 25 years of senior leadership in the travel and hospitality industries has included working with hotels and airlines as well as visitors & convention bureaus. Anderson started his career with Marriott Hotels then worked in sales roles for Four Seasons Hotels as well as Renaissance Hotels, including regional roles. Following a stint with the Greater Houston Convention Bureau as SVP Marketing & Tourism, Anderson spent 11 years with Continental Airlines, including a six-year run as VP/GM of Latin America and Caribbean regions. Anderson joined Spirit Airlines in 2001 and spent five years building the brand and launching sales & marketing systems.

Drawing from his regional experience with Continental Airlines, Anderson spent two years as EVP Marketing for SuperClubs Resorts with 15 all-inclusive resorts in the Caribbean and Latin America. He then went on to the Coral Hospitality hotel management company, followed by a position as CMO of the 1,231-room Grand Lucayan Resort Bahamas with golf, spa, casino and convention center. An avid golfer, tennis player and cyclist, Tom is an active supporter of United Way, American Cancer Society and the ALS Foundation.

Spanning over seven acres of the Atlantic shoreline in Palm Beach County’s picturesque Singer Island, Amrit Ocean Resort & Residences (Amrit) is a new paradigm of mindful living for those pursuing an unparalleled wellness lifestyle. Amrit has developed comprehensive programming that optimizes one’s personalized wellness of mind, body and spirit. By offering expert education, instruction, and influence on positive lifestyle changes based on The Five Pillars (nutrition, fitness, mindfulness, sleep, and relaxation), Amrit offers a means to embark on a personalized journey towards greater physical and mental well-being. Upon completion, scheduled for Spring/Summer 2020, the property’s two towers will be home to a resort residential mix of 182 condos and 155 wellness rooms. Condos range from $900,000 to $4 million. Address: 3100 North Ocean Drive, Singer Island, Riviera Beach, FL 33404.

Established in the mid 1980’s, Creative Choice Group is a diversified group of affiliated companies with a focus that spans across the realms of investment management, technology, multi-family residential, mixed-use, and commercial properties, The Group employs over 3,500 team members across North America, Caribbean, and Asia. Founded by Dilip Barot, Creative Choice has collectively conceptualized, financed, designed, built and successfully managed more than 20 million square feet of real estate across the globe. Mr. Barot has been featured in many national and international publications such as Forbes Magazine, Robb Report, Mansion Global and Wall Street Journal. For more information, please visit, www.creativechoicegroup.com